June 30, 2020
This is another trope that is passed around to justify civilization: humans today are less violent (not true), and we are so much smarter now, right! Well, at least some of us. We've got PhDs, we can build rockets to Mars, we're about to become cyborgs with infinite artificial intelligence real soon, and on and on.

But intelligence has multiple possible metrics. Emotional intelligence is not valued, and even less valued is intelligence regarding the nature of reality and the nature of our own mind. What it means to exist, be born, die, and so forth. Our most intelligent neuroscientists still have no idea how to explain the "hard problem of consciousness" (i.e. what is consciousness) in a meaningful way (though Karl Friston's theory might be good enough to simulate consciousness in a computer).

We know and can identify a hundred different corporate logos thanks to our amazing education system, but almost nobody can tell you which plants are edible or medicinal (certainly not doctors!). 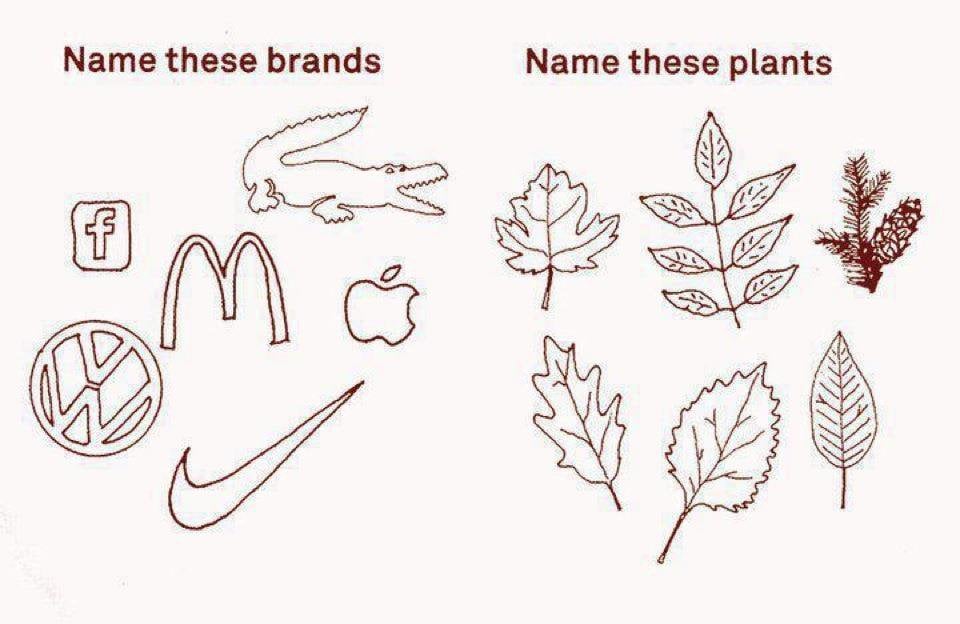 Sure, we have a few philosophers here and there that write books which are almost completely unintelligible, but when is the last time you read any philosopher who was as direct, clear, and insightful as the Buddha? In one single sutta (teaching) he explained how to escape the illusion of identity and what nibbana is (c.f. Bahiya sutta). I've never seen anyone since then who could explain reality so pithily, unless they were just parroting Buddha.

Buddha was highly educated for his time, 2600 years ago, as he was a prince, but he still felt no need to write down any of his teachings, which makes him almost "prehistoric" by definition. And most of his fully enlightened arahant disciples (there were 500 at the time of his death) did not have nearly the princely education that he had. Some were prostitutes before they became arahants, and one was a serial killer.
Even the most primitive cultures (like African Bushmen, or the Cameroonian Pygmies who help Westerners to overcome drug addictions) seem to have more emotional intelligence than most "schooled" "civilized" humans today, and shamans from all cultures bring stories of travel to higher dimensions and understanding of deeper levels of reality which modern science cannot even begin to probe.
And in terms of practical skills, it seems "civilized" people around the world have forgotten how to do natural farming and even the most basic skill of all: how to collect rainwater.  In traditional human living, babies and toddlers displayed immense intelligence and self-direction compared to modern babies and toddlers.

Most people on Earth today, even the very logical ones, still have not understood deeply that everything happens due to conditions, and thus identity is an illusion.


If you're now ready for some serious laughs, the mainstream media (Forbes) has highlighted this article: "You Must NOT Do Your Own Research When It Comes To Science" by astrophysicist Ethan Siegel, whose own slogan is "The Universe is out there, waiting for you to discover it." Maybe he should change that slogan to "The Universe is out there, waiting for us to tell you about it."

Apparently just after he wrote this article saying nobody should do any research, his shoulder somehow got injured and he had to get surgery and now he can't write much. SMITTEN!

Actually, his article did not even go far enough. Apparently, even virologists should not be doing their own research if it goes against the Agenda (speaking specifically of Judy Mikovits but there are also others, like Luc Montagnier who got the Nobel Prize for isolating HIV, and who said that SARS-CoV-2 looked to be engineered with a part of HIV, and let's not forget Kerry Mullis, who won a Nobel Prize for discovering PCR, but said that PCR was not useful for diagnosis).

Popular posts from this blog

Everything you were taught is a lie.

(If you prefer, I made a more amateur but fun video presentation on this topic also.) Thanks to our trust of psychopaths , we humans went from small bands of people who trusted each other and loved life (as in this modern day example , or as summarized by Jean Leidloff, or this beautiful short video clip of Hadza saying they would never want to give up their way of life  for a "civilization" in which people kill each other and themselves, or you can go visit Pygmies and see for yourself how happy the are still living in the forests ) to this "better" civilization, in which nobody knows anyone well enough to not rely on (usually negative) stereotypes , and half the resources are going to half a dozen people at the top . Those same people at the  top make funny claims that this new system has lifted most humans out of "poverty."  But who is poorer, someone who spends a few hours a day doing natural farming or hunting/gathering , with still plenty of tim
Read more

How Did Civilization Get Imposed On Us?

September 06, 2020
A recent study of ancient civilizations has come to the conclusion that I already came to, which is that the standard idea of civilization's start is all wrong. It didn't start because of agricultural food surpluses that led to specialization of labor. It only started where grains were grown, because unlike tubers, grains could be stored indefinitely. Anything with that characteristic also lends itself to theft -- and a nicer form of theft called taxation, which is the genesis of an elite governing class. Below I will give my theory of how this all began which goes a bit deeper than just grains.  ------ Civilization, based on the etymology, originally meant to “lie down” or to “settle.” If you think of the small bands of happy people who existed before government, this makes sense. They stood up tall, and would not lie down for anything but to sleep. They didn’t need to settle for anything because they were in tune with the natural flow of life. Today, we lie down to get stom
Read more

Would Buddha Beg to Differ? Maybe Civilization Is The Necessary Evil?

September 29, 2020
Throughout this blog I've argued that civilization is bad for humans in most every way imaginable. One can certainly argue that it does have little perks, like ice cream, and emergency surgeries, and skydiving (which might require emergency surgery). Overall, however, it seems clear that humans were happier before we started living "civilized." But on the other hand, who's to say that life on Earth is supposed to be so idyllic? Is the point of life just to have fun with your friends & family?  Buddha would argue that the point of life is to end rebirth, since life is full of suffering. Well, that argument falls on deaf ears when your life does not seem to have much suffering compared to the joys you experience in your community. But if one investigates the disjoint, witnessless, perfect reality that Buddha discovered , one will indeed come to his conclusion that life, in comparison to nibbana, is full of suffering. In fact, every moment of even the best life, is
Read more

Do cops work for you?

The fact that cops can take a still from a video and identity a partial tee shirt logo and track it to Etsy to find the person who set a police car on fire should tell you that it’s not that they couldn’t find your stolen property, they just don’t work for you.