How Did Civilization Get Imposed On Us?

Civilization, based on the etymology, originally meant to “lie down” or to “settle.”

If you think of the small bands of happy people who existed before government, this makes sense. They stood up tall, and would not lie down for anything but to sleep. They didn’t need to settle for anything because they were in tune with the natural flow of life. Today, we lie down to get stomped on by our psychopathic governments, and we settle for that. Stockholm syndrome sets in.

Consider the case of the genetic psychopath, who is incapable of compassion and who seeks thrills at the expense of others. From readings I’ve done, approximately 1% of the human race is born like this (and for historical evidence, scroll down). Do you know who all the psychopaths are in your society? How about out of all the people you personally know, do you know which ones are psychopaths? Answer: no. You can’t, because they are extremely good at disguising themselves and can adopt any persona they wish at any moment. The only way to know a psychopath is to live with them for years, unless they are not smart and they slip up, but even still, most people can’t figure out that Bill Gates and Elon Musk are psychopaths.

Now imagine a traditional band of humans, approximately 50–200 people in size, where everyone knows everyone quite well (this is the limit of the hippocampus’ ability to do so). It so happens that one of the members is a genetic psychopath. They are quickly discovered, likely at a young age before they get adept at hiding their true nature. If the small band does not have the capacity to reform the genetic psychopath (with a natural drug like iboga for example, or some type of vision quest supernatural phenomenon), they will be forced to banish them. Most people banished from their band ended up dying out in the brutal natural world. Thus, for hundreds of thousands of years, we kept psychopaths at bay.

But what happens if a couple of those psychopaths happen to find each other, or maybe more than one was born in the same cohort, so they were banished together? They might be able to survive in the wilderness and either create their own little band, or use their intelligence (not hampered by pesky emotions) to infiltrate another band of people, vouching for each other as good-hearted.

Most small bands of people were protected against infiltration by natural prejudice against other groups (outgroups), although bands which had much in common did intermarry. Today we call this ethnocentrism or racism. But some groups were so inviting, like the Native Americans, so lacking in ethnocentrism/racism, that they opened themselves up to the psychopathic infiltrators, who ironically then imposed racism as an ideology that benefited their newly created system of government (any group without civilization/government was labeled "barbaric" or "savage").

What would the first goal of psychopaths be if they were able to infiltrate a band of people who were not psychopaths? Obviously, it would be to develop better and better control mechanisms in order to ensure that they are not challenged. One way to do this is to encourage the growth of the band and discourage the traditional splitting off of the new generations, such that the band becomes large enough to produce the situation in which it is no longer possible to know everyone intimately that each person in the group associates with. Once this is effected, laws and government will be required to ensure fair play.

The next step will be to encourage sociopathic behaviors in the regular humans (lack of empathy), which will be fairly easy since people no longer know each other well enough to be sure that their investment in each other is worthwhile. Once everyone has some degree of sociopathy, even if the psychopaths were unmasked as such, it would no longer seem to the average person that the psychopathic leaders are all that much different.

P.S. This comic illustration is an excellent depiction of the idyllic life that humans used to live before government. Unfortunately, it falls prey to the traditional narrative that entirely excludes psychopaths. According to this traditional narrative, humans for some reason became sedentary and overpopulated to the point of needing government to rule them, even though sedentary life required a lot more labor and didn't provide more security.

In case my comment on the comic is not published for some reason on that site, I'll post it here for posterity:

Hi Nathan, so I get that you are summing up the mainstream research on how we got to civilization, and I appreciate your efforts greatly.

I am, however, somewhat skeptical about this overarching narrative, which is basically that humans developed agriculture due to the largely unarticulated benefits of sedentarism, then for some reason began overpopulating, and thus required governments to control them.

Consider that 1% of the population is born as psychopaths. Let's assume this 1% birth rate is constant throughout history, which is the mainstream view that I see in the literature, or at least they have always been present to some degree thru random genetic mutation.

Psychopaths have a will to power that is unmatched, because they have no empathy, and they live for the thrill of conquest. They are in the unique position to benefit from the development of large, dense societies, which not only provide them with the cover of anonymity, but also give them access to the most powerful positions in society.

Certainly, it's possible that governments did develop organically and psychopaths simply relished in that development. But my theory is that psychopaths weren't just passive actors in history until they finally seized upon the great opportunity that government serendipitously provided them. That doesn't sound credible to me. They didn't just hit the jackpot after despairing for hundreds of millenia.

Rather, it makes a lot more sense to me that at some stage, psychopaths in some areas of the world managed to convince people that moving towards denser sedentary societies was beneficial (a la Adam Smith's "Wealth of Nations" arguments on specialization creating wealth). They might have made the same arguments that they make today, about how we could be happier if only we organized ourselves in the way that worked best for them. If we fall for it today (transhumanist technological singularity being the latest dystopia they are selling), why wouldn't we have fallen for it back then?

Consider that although many Native Americans understood the methods of agriculture necessary to build larger, more specialized societies, many tribes, for example, north of Mexico, chose to retain the traditional small sizes that required no government.

What was the real lure of a fully sedentary culture? As you yourself mentioned in a previous page, agriculture meant a lot more work, and the benefit was not supremely tangible, since already the hunter-gatherers tended to have more than enough resources for survival. The Hadza, even today, remain hunter-gatherers despite the diminishing animal populations for them to hunt, because they love how they have always lived. But their lore is that until recently, life was extraordinarily easy, since it didn't take long at all to find a hippo or some large animal to kill that would feed the band for at least a day or more. I've also read about some Naive Americans (in Samuel Thayer's book, Nature's Garden) who had years worth of stored acorns in case of famine. Check out anthropologist James Suzman's article: "The 300,000 year old case for the 15-hour workweek": https://www.ft.com/content/8dd71dc3-4566-48e0-a1d9-3e8bd2b3f60f

Basically, I'm arguing that it is not likely for any happy culture to give up their traditions for new ways of life which they would have no foreseeable ability to cope with, unless they were being promised some pie in the sky by someone.

I'm sure we've all learned about how modern-day psychopaths got indigenous people to sign contracts they didn't understand in order to "legally" seize their land. I don't see any reason why something similar did not happen thousands of years ago if it continues to happen today.

We non-psychopaths (aka "normies") were too trusting, and still are, because it's very difficult for us to imagine that anyone could look human like us but actually be more "reptilian" in their nature. In fact, if we were to be so skeptical of everyone as would be required in order to recognize potential psychopaths, we might not be able to live happily together with the trust that is required for any small society to function. Essentially, evolution put us normies at a severe strategic disadvantage.

You see it especially today, where anyone who questions official stories (like for example that CoViD-19, despite accounting for less than 1% of daily deaths, is the only thing that matters on Earth) is labeled a "conspiracy theorist." As if conspiracies have not happened throughout history; as if mafias don't exist; as if Epstein's group of child sex trafficking billionaires and presidents didn't exist.

And here are a few pages I clipped from The Anthropology of Childhood Cherubs, Chattel, and Changelings, which give weight to the supposition that psychopaths (demon children) are found throughout history in many cultures:

Popular posts from this blog

Everything you were taught is a lie.

(If you prefer, I made a more amateur but fun video presentation on this topic also.) Thanks to our trust of psychopaths , we humans went from small bands of people who trusted each other and loved life (as in this modern day example , or this beautiful short video clip of Hadza saying they would never want to give up their way of life  for a "civilization" in which people kill each other and themselves ) to this "better" civilization, in which nobody knows anyone well enough to not rely on (usually negative) stereotypes , and half the resources are going to half a dozen people at the top . Those same people at the  top make funny claims that this new system has lifted most humans out of "poverty."  But who is poorer, someone who spends a few hours a day doing natural farming or hunting/gathering , with still plenty of time for artwork, philosophizing, and community bonding rituals , or someone who works 40-60 hours per week to pay for rent on a place
Read more 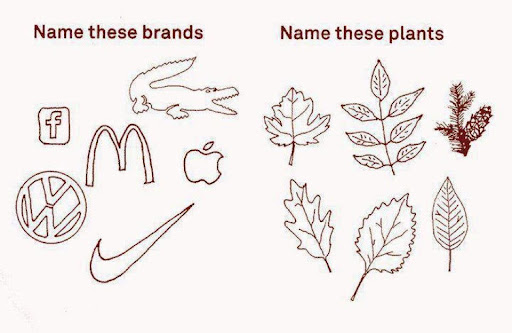 This is another trope that is passed around to justify civilization: humans today are less violent ( not true ), and we are so much smarter now, right! Well, at least some of us. We've got PhDs, we can build rockets to Mars, we're about to become cyborgs with infinite artificial intelligence real soon, and on and on.  But intelligence has multiple possible metrics. Emotional intelligence is not valued, and even less valued is intelligence regarding the nature of reality and the nature of our own mind. What it means to exist, be born, die, and so forth. Our most intelligent neuroscientists still have no idea how to explain the "hard problem of consciousness" (i.e. what is consciousness) in a meaningful way (though Karl Friston's theory might be good enough to simulate consciousness in a computer).  These are questions that are not encouraged in our school systems because they don't produce any commodities, and certainly they don't produce proponents of tech
Read more

Do cops work for you?

The fact that cops can take a still from a video and identity a partial tee shirt logo and track it to Etsy to find the person who set a police car on fire should tell you that it’s not that they couldn’t find your stolen property, they just don’t work for you.